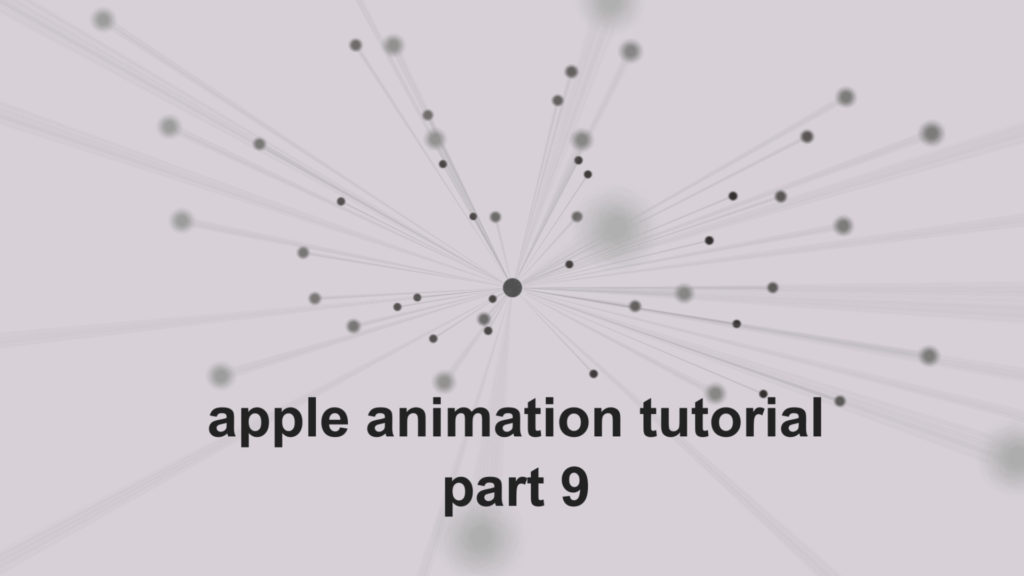 By popular demand I decided to make new After Effects tutorial about Apple animation from Apple’s ad “Intention”(if you didn’t see that before, find it on YouTube).

Honestly I didn’t want to make tutorial about this scene because we need third-party plugin to make it. It is Plexus. But I got a lot of comments and messages with request to make it, so keep it)

In fact, here it was not very easy to guess how it was made. I saw some tries to make this scene on YouTube but all of them are fake and show wrong result. Of course we can made it using a lot of ellipses connected with beams. But there are some problems here: it’s not a 3D space, we have many layers, don’t have Depth of Field etc. I made this scene like it was made in “Intention”, here is my tutorial:

Now It is 9th part of this tutorials series, and it is one of the lastest scenes from “Intention” that i still haven’t reviewed. Previus parts you can find here: