A couple of days ago I did logo animation for company that specializes in soda water. Of course the first idea that came to my head is add some liquid effects. I wanted to use something interesting for me, something that I never used before. After 1-2 hours I created the animation that I show you today. I called it splash effects. So in some places of logo animation I decide to use these splash effects. The result was excellent for me and my client.

Today I will show you how you can make splash effects in After Effects. I made this short after effects tutorial and I hope you will like it:

I know that liquid animation is very popular in motion design now. Even two of my most popular tutorials are about liquids: super liquid and liquid animation. I think It really looks cool, so it is popular.

Let’s talk about tutorial. I show you only one example of animation that you can do in After Effects, but in preview you see several examples, with drops and with clouds. Actually it doesn’t matter. You can draw whatever you want and then make it splash. Let’s see.

On this screenshot I opened my project from tutorial. We have ellipse shape which is torn apart.

Add some duplicates of ellipse and if we change position of everyone we will get something like cloud. 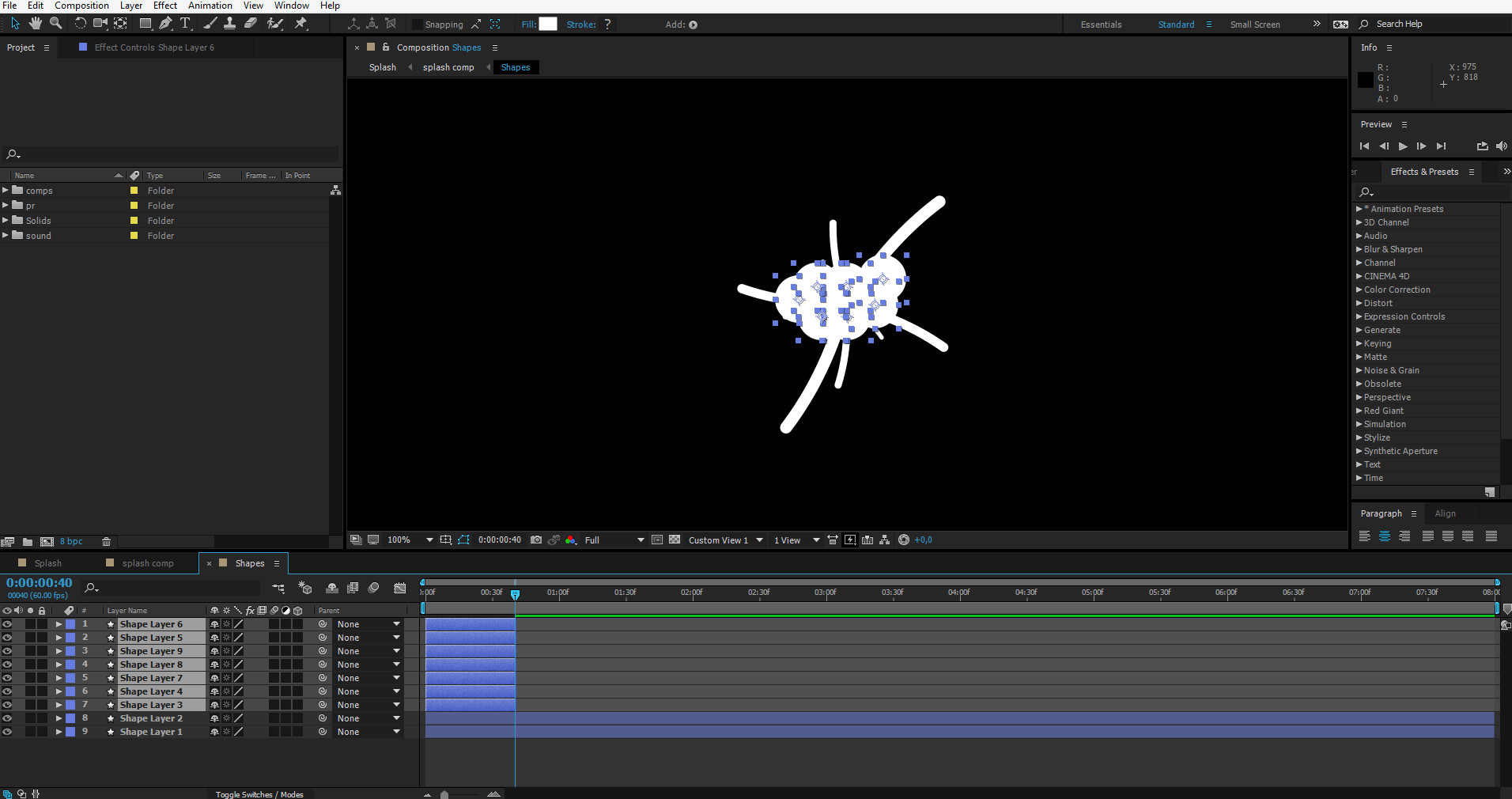 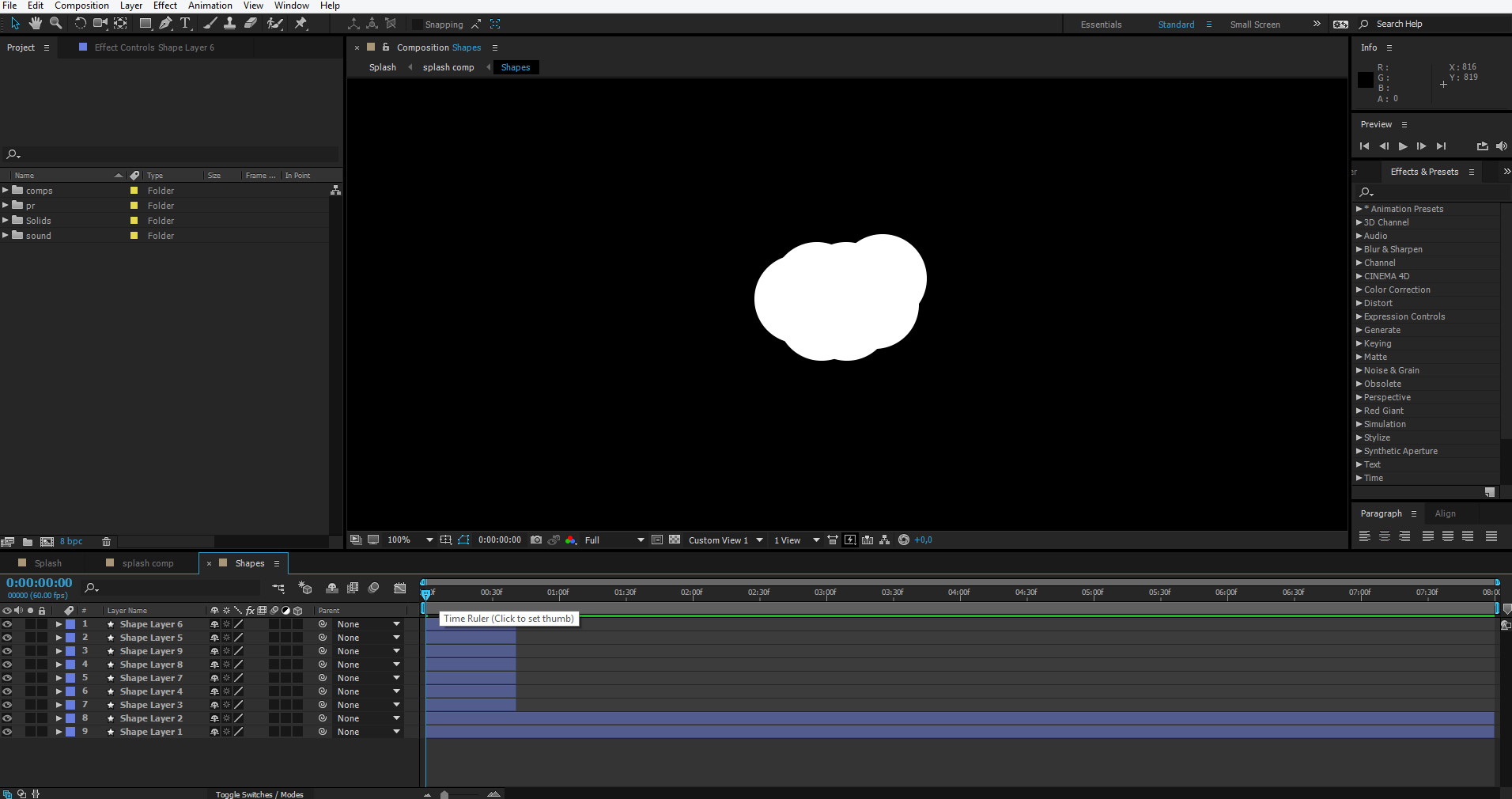 Now just go to the final composition and let’s see what we changed. 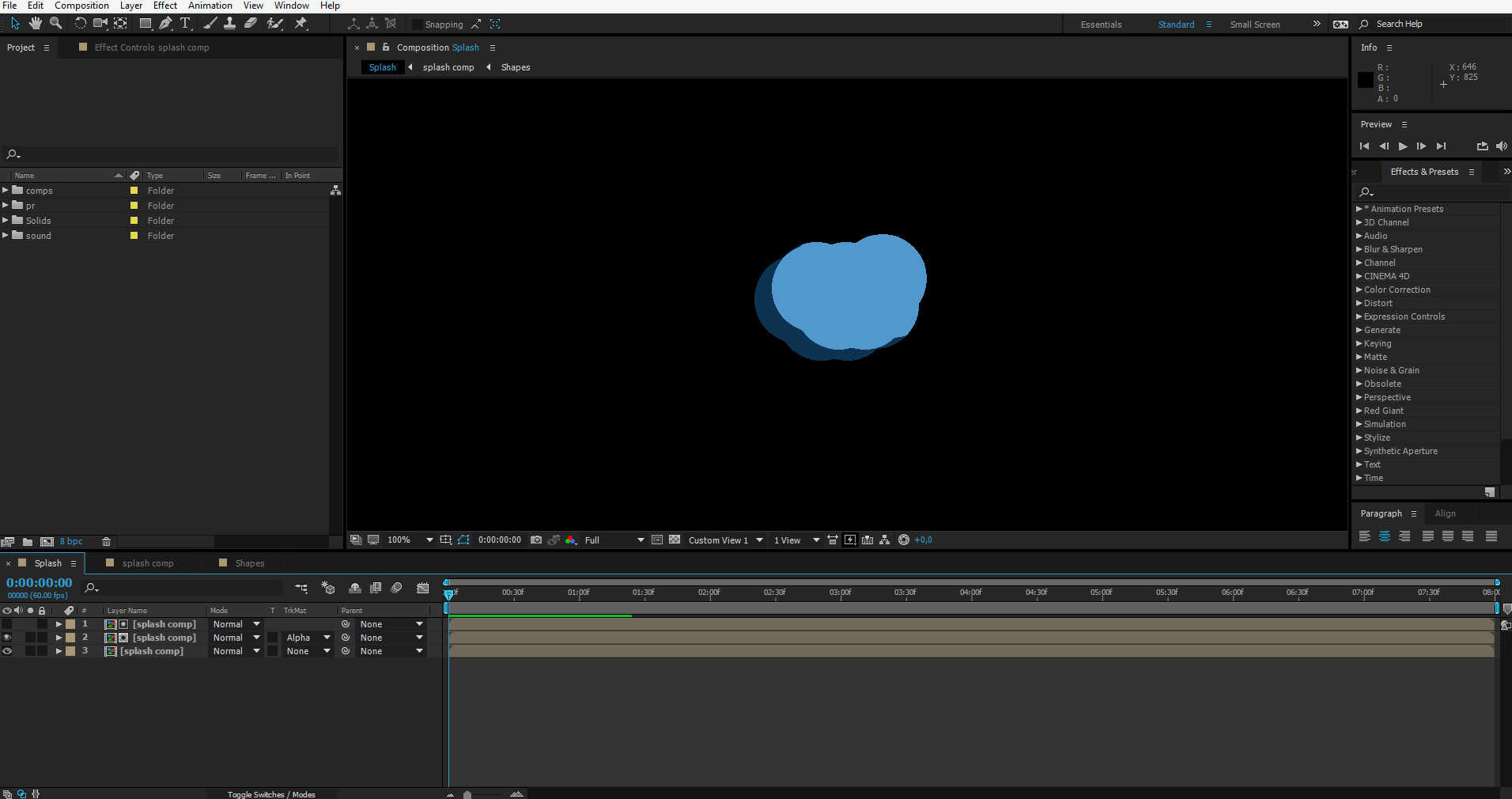 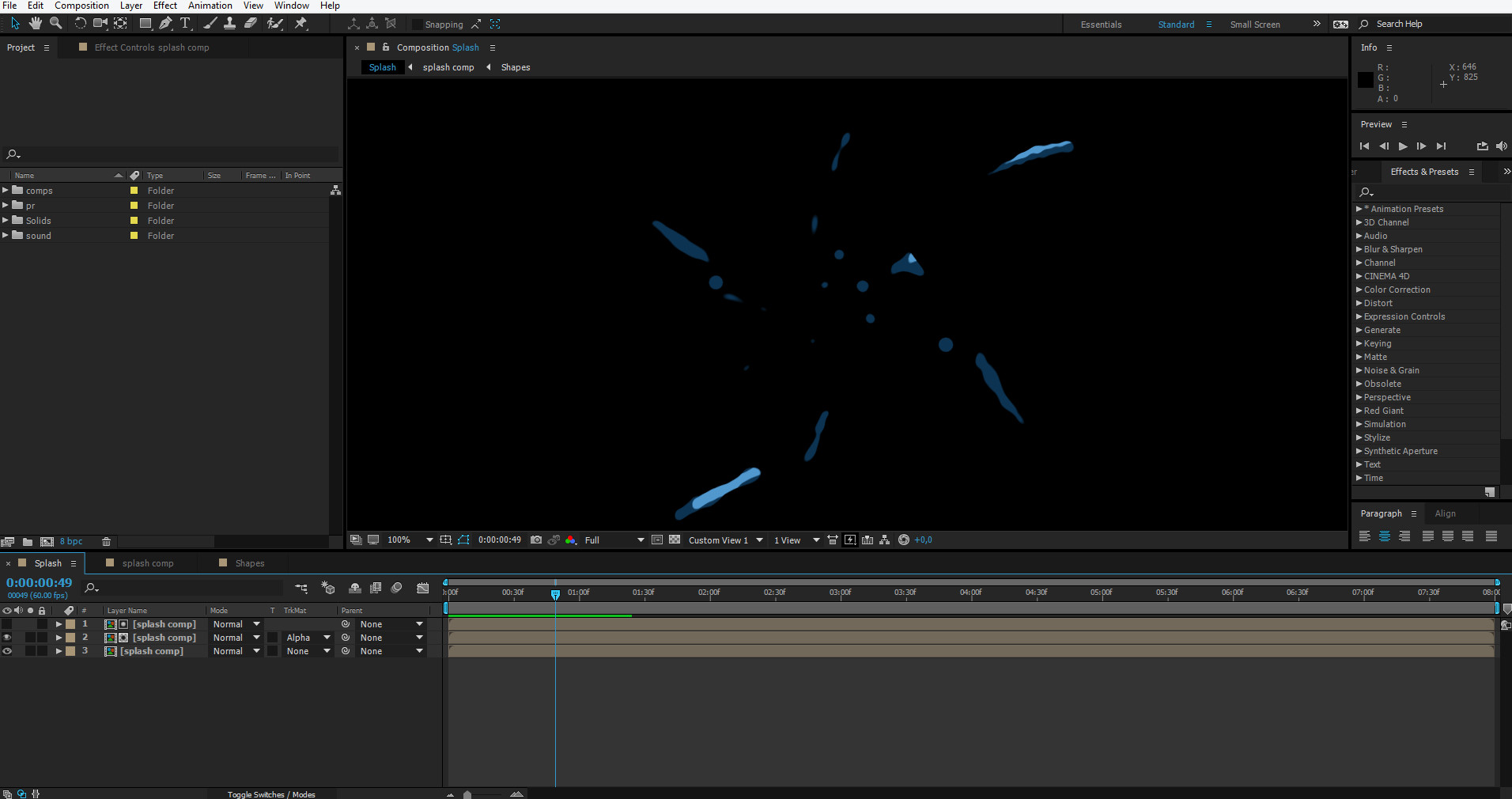 So I think it is pretty easy. Thank you for your attention.